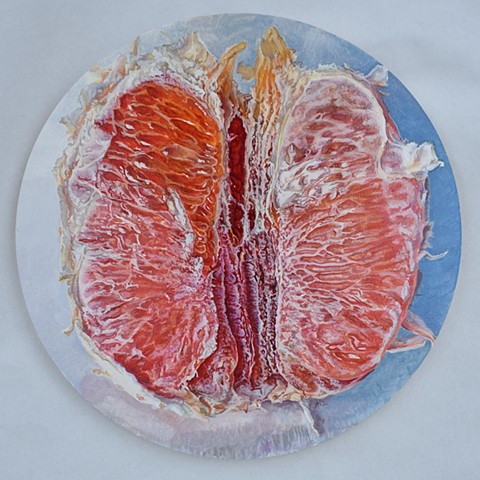 “Thinx, the company that makes period underwear (a washable product that absorbs menstrual blood and wicks it away from the body), prompted a national conversation with its ad campaign back in 2015. The ads read, “Underwear for women with periods” and included pictures of grapefruit sections that looked a lot like a woman’s external genitalia. They were originally banned by the authority in charge of advertising on the subway, but after Thinx started talking to the press about it and highlighting “risqué” ads for breast enhancement and lingerie that the agency had greenlit, the ads eventually got approved and were papered onto seemingly every available subway surface, including entire stairways.” *

Since the success of Thinx popular advertising campaign, images of pink grapefruits are now splashed all over the internet, having become the equivalent of the peach emoji in sexting.

“Sex always sells...But these latest ads aren’t about sex, and that’s ultimately why they seem more radical. Sure, they’re about a sex organ, but there’s no male gaze in these ads. It’s women speaking to women and setting a new frank tone in the messaging.” *