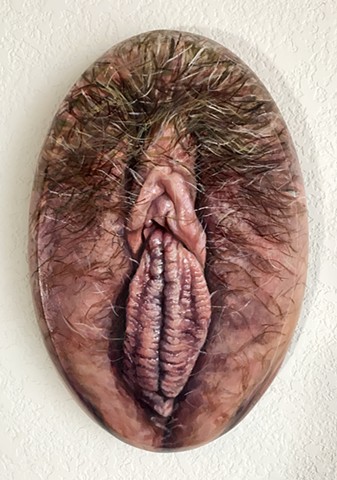 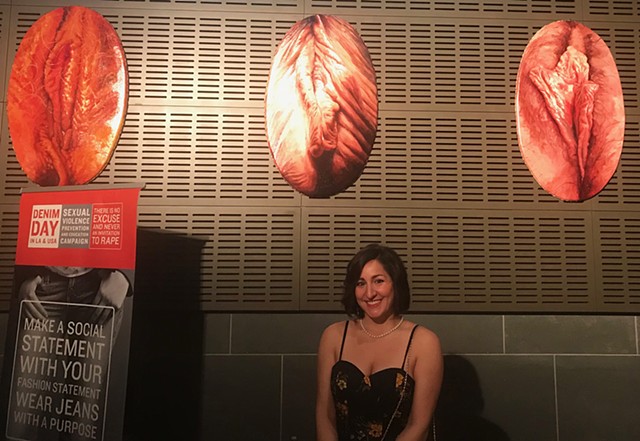 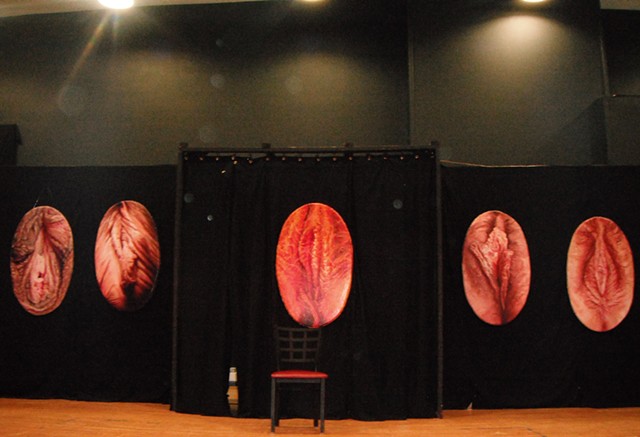 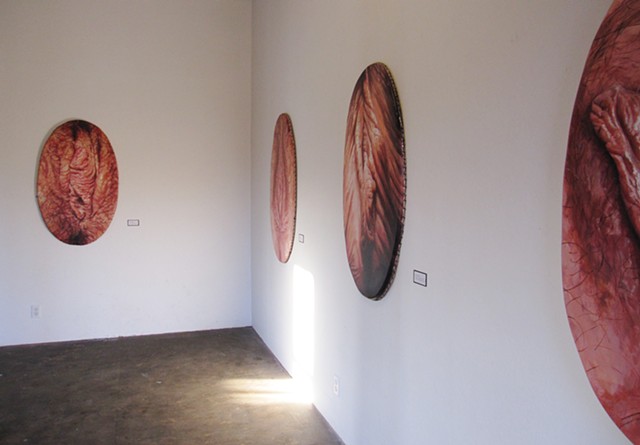 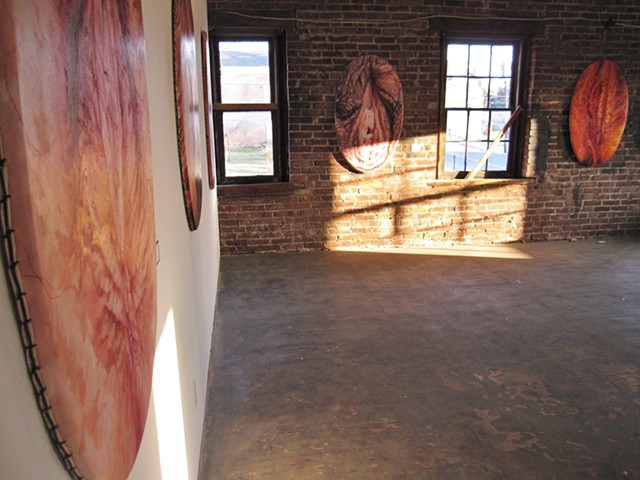 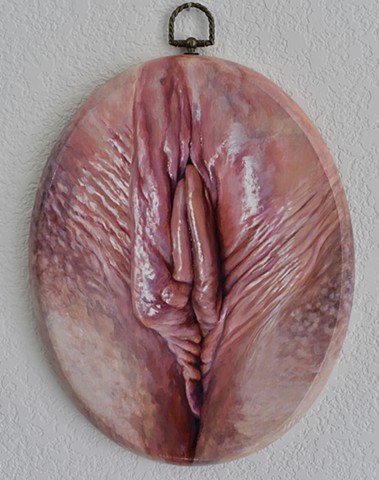 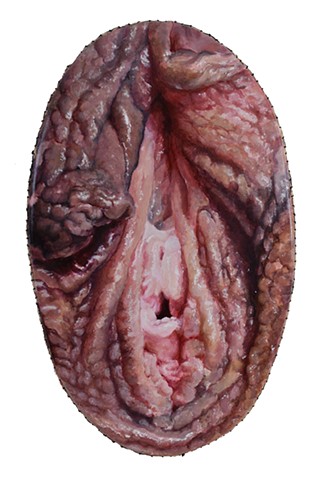 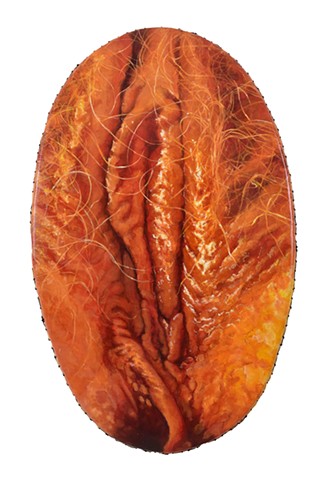 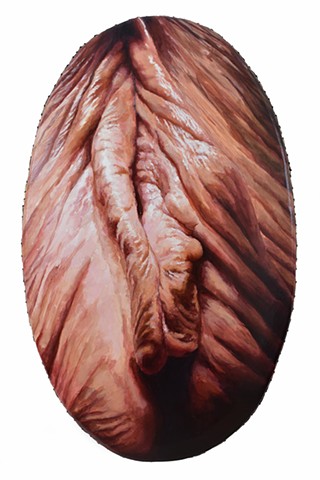 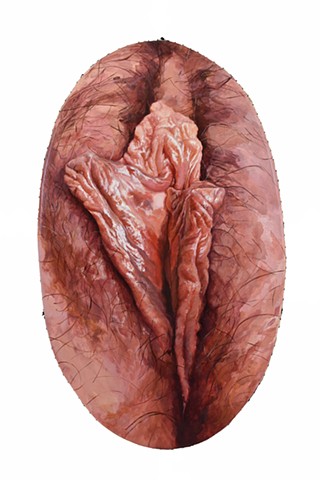 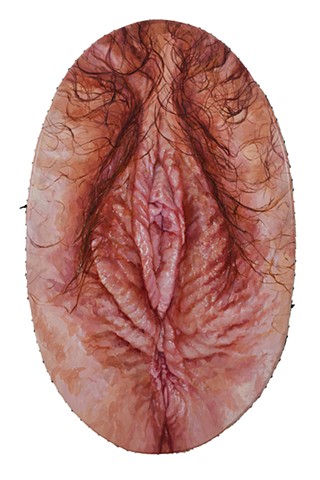 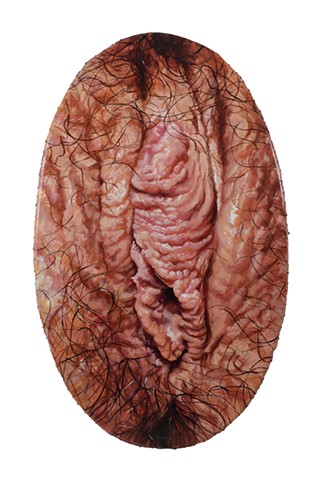 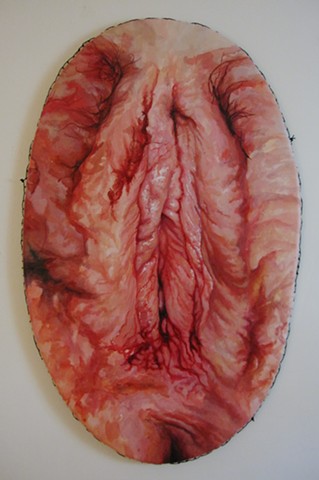 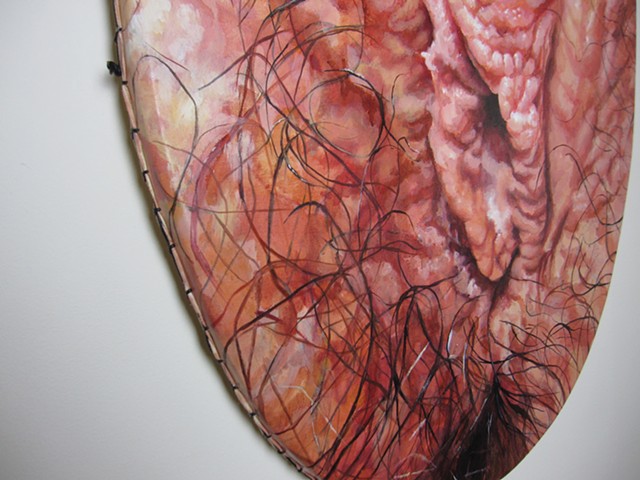 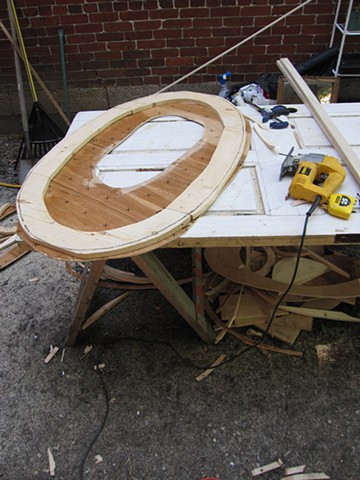 Behind the Scenes
Wood 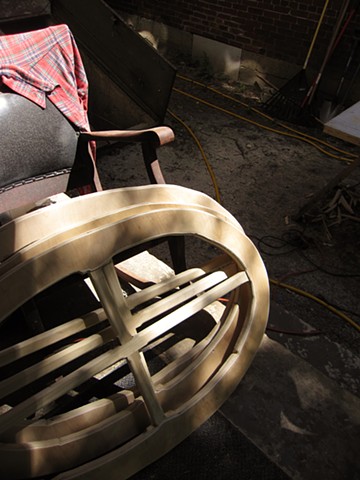 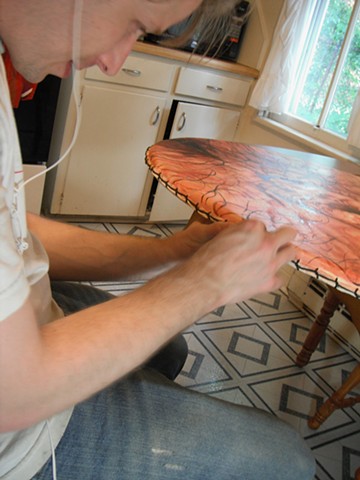 All art is political. I create art about women as a way to speak my truth as a female. I believe that through empowering women we do not disempower men, we liberate and elevate society as a whole.

The first piece in this series, which I began in 2007, is titled Don’t be a Pussy because I hate that pussy is used as a derogatory term for weak and cowardly. It took tremendous courage for me, personally to create this work. I had to face my fears, or as some would say I had to ‘man-up.’ Pussies are strong and brave. They bleed and birth and persevere. Just because they are soft doesn’t mean that they are not strong. In fact, I feel that their strength lies in their softness and their ability to adapt. I dream that one day the word ‘pussy’ will become synonymous with all the strength and bravery and beauty that they contain.

I grew up in a very conservative environment. My father was a Muslim from Iran, my mother was raised in a German Mennonite household. They sent me to a Catholic school and raised me in a fundamentalist Christian church in rural Pennsylvania. Throughout this odd combination of traditions, the messaging about womanhood was consistent. Modesty, meekness and purity were projected to be our highest virtue. On the topic of my body and sex outside of traditional marriage there was virtual silence. When I was molested as a child, I felt extreme shame and guilt. I had failed to protect my own modesty. I no longer felt pure. Because of this emotional weight I was unable to tell anyone.

Shame thrives on silence. As an adult I have learned that I was not alone in my experience. I learned that silence causes isolation. And victims subjected to isolation internalize. Without a voice, victims of sexual abuse often implode and harbor self-loathing for an unspoken ugliness which cannot be named. Reclaiming and embracing my own sexuality, boundaries, and personal agency has been a process. Creating empowering art about and for women has been a big part of that healing process.

I feel it is time to give vulvas a voice, a face, a visual space for their existence. I want to contrast feelings of shame, and smallness in a silence which I have known too well. In attempt to shine light on the darkness, I paint vaginas 4 feet tall. These are intended to be dignified, powerful images which command respect. I want to portray women’s most intimate parts as unapologetic, bold, beautiful and assuming a posture of pride. These are not ambiguous images disguised as flowers, they are real portraits of real women at their most vulnerable, daring greatly.